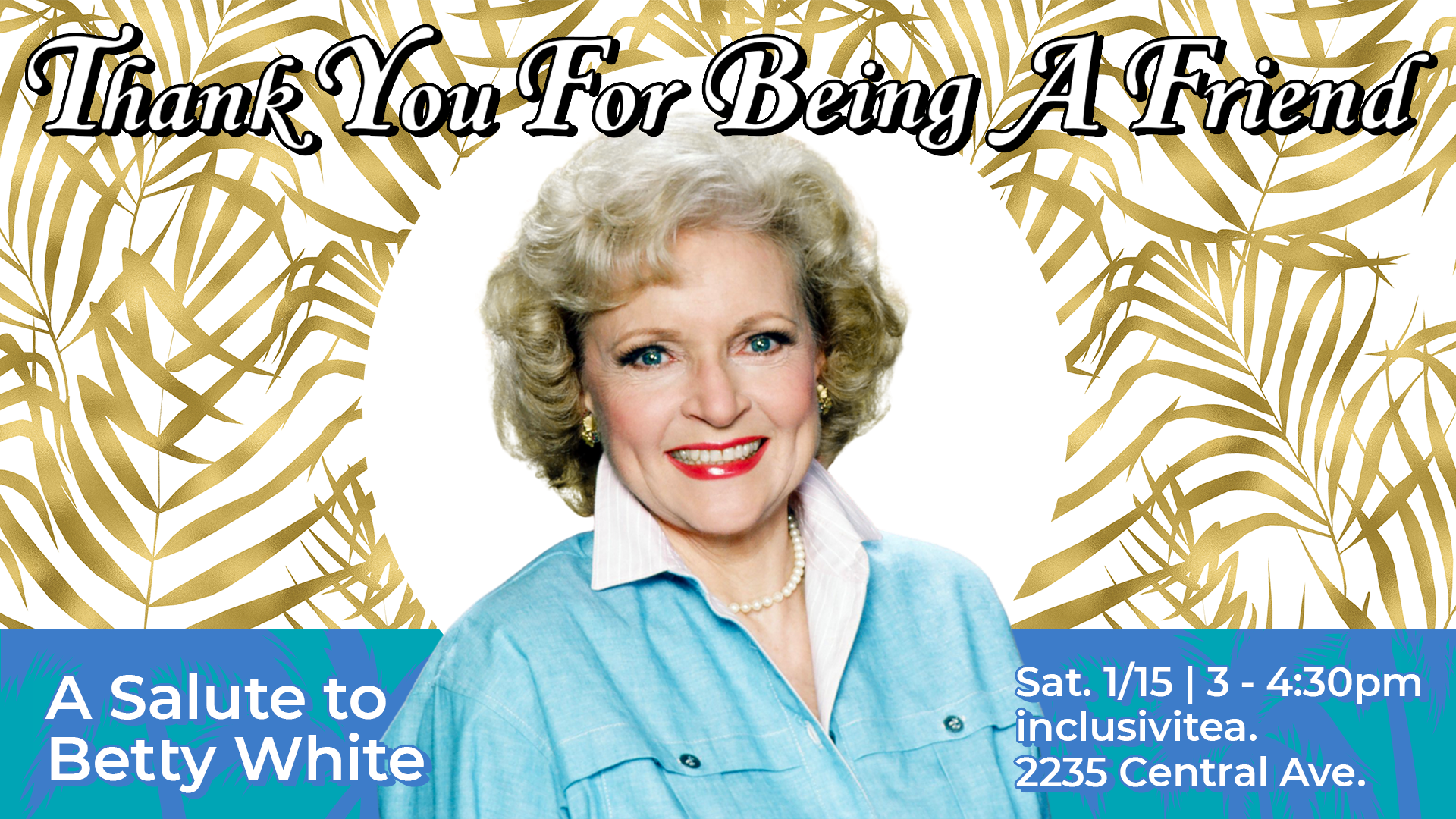 Thank You For Being A Friend: A Salute to Betty White

In what would have been our favorite Golden Girl’s 100th birthday weekend, we’re celebrating the life of “the first lady of television” with a special birthday salute. Join us for an episode viewing party, Golden Girl trivia game, costume contest, and of course, cheesecake. Guest are encouraged to wear white/gold or show up in their favorite Golden Girls iconic 80’s style.

Betty White was a trailblazer in so many ways. A pioneer of early television, with a career spanning seven decades, White was noted for her vast work in the entertainment industry. She was the first woman to produce a sitcom (Life with Elizabeth) in the United States, which contributed to her being named honorary Mayor of Hollywood in 1955. White worked longer in television than anyone else in that medium, earning her a Guinness World Record in 2018, and was awarded eight Emmy Awards, three American Comedy Awards, three Screen Actors Guild Awards, and a Grammy. She has a star on the Hollywood Walk of Fame, and was a 1995 Television Hall of Fame inductee.

In recognition of the groundbreaking Golden Girls episode addressing the AIDS crisis in the height of the early 90s, the episode “72 Hours” will be highlighted during the celebration.  When the episode first aired, HIV/AIDS testing was still relatively new.  Since 1981, over 100,000 deaths from AIDS had been reported to the CDC by that year — almost one-third of them during 1990.  Despite efforts to educate the public, myths and misinformation ran rampant.  The episode tackled HIV/AIDS stigma and discrimination six years before effective treatment, at a time when so many others looked the other way.

Today, HIV tests are rapid and easily available with effective treatment and care for those who test positive, or various prevention methods to those who are status neutral.  While much has changed, so it is all the more remarkable that the episode tackled AIDS stigma and discrimination six years before effective treatment, at a time when so many others looked the other way. To that point, free HIV testing will be available on-site.

Please RSVP to help us estimate catering needs, and for an email reminder about the event!