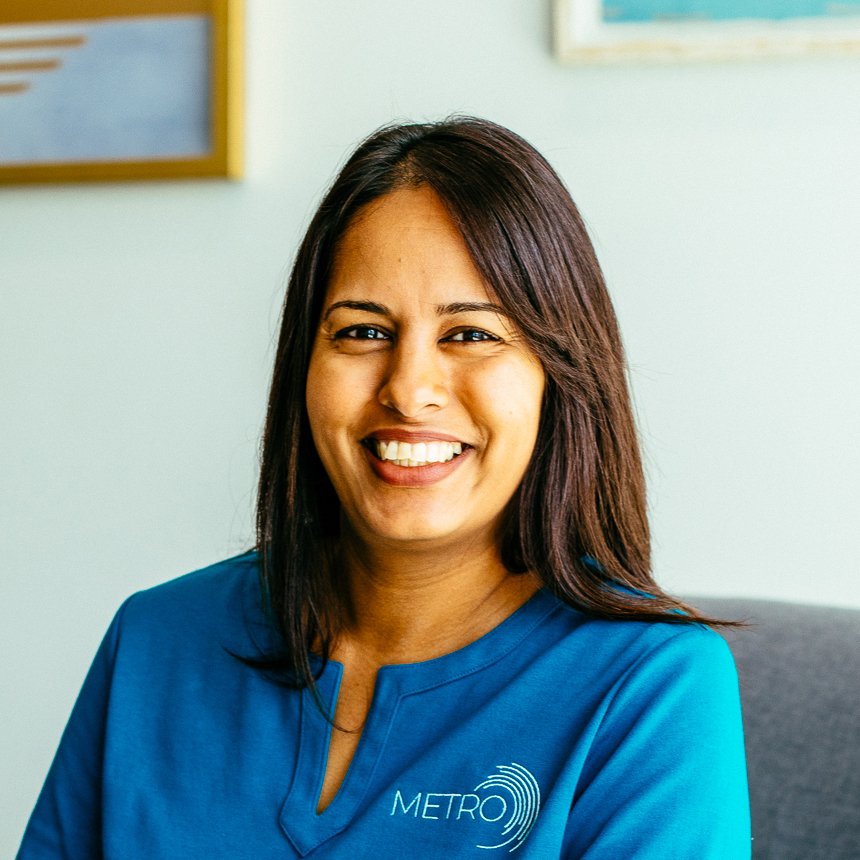 Priya Rajkumar joined the METRO family in 2008. Before that, she started her career working in foster care in Brooklyn as a social worker. She graduated from Queens College of the City University of New York in 1998 with a Bachelors in Sociology. She relocated to Tampa Bay area in 1999 where she took a case manager position with the Tampa AIDS Network.

When Priya came to METRO, she quickly ascended in the organization. Ultimately, she became the Chief Operating Officer and Programs Officer. Throughout her years at METRO, she’s contributed to all facets of the organization. Priya continually develops and leads new initiatives, implements new programs and services, and aids in grant writing. As well, she has provided technical assistance to other organizations around the country.

Overseeing the Health Center, Behavioral Health, all Programs and Services, Compliance, and general operations of the organization, Priya is credited for a significant portion of the grant and growth opportunities at METRO.

In her off time, Priya likes travelling, especially when eclectic food is involved, and enjoys any opportunity to binge watch a good series on Netflix.