All Are Welcome. Including You.

Established in 1993, Metro Inclusive Health is a 501(c)(3) organization that provides quality health and wellness services that are inclusive, relevant, supportive and represent the lifetime continuum of the diverse people in our community.

We strive to promote a healthy environment for all and foster diversity within the community as a whole, regardless of race, ethnicity, religion, sexual orientation, gender identity, age or economic status.

Our Impact
Leadership
Find Your Dream Job
Support Our Work

A Timeline of Growth

Began provision of services to HIV positive community of Tampa Bay through King of Peace Church.

Formal incorporation as Metropolitan Charities in order to expand and grow!

Established LGBTQ+ Welcome Center in Downtown St. Pete — the 3rd of its kind in the nation.

Support the Mission and growth of Metro Inclusive Health by getting involved. Click here to learn more!

The Birth of Metro Inclusive Health

When I first joined King of Peace Metropolitan Community Church in 1984, it was a small, growing community of faith. To get people involved and more active with King of Peace, we held a series of fundraisers every six months or so, in which church members would open their homes to host formal cocktail parties for $25 per person.

In fact, the name “Metropolitan Charities” was simply made up. This way we were not promoting cocktail parties for a church fund (King of Peace). During the early days of the AIDS discovery, King of Peace was the first local faith-based organization that opened its heart and doors to those infected and affected by the disease.

Early on, volunteers helped set up and orchestrate counseling sessions, a food bank, and SDIA: Pinellas County’s first AIDS support group. Much of the funding for these volunteer programs resulted from the Metropolitan Charities fundraising parties.

My partner of these many years, Lawrence Konrad, was one of the original co-chairs of SDIA, and the first meeting to organize was held at our home, where I met my first AIDS patient/activist, a young man whom I ultimately represented (regarding legal matters).

Eventually, it was clear that more space was greatly needed in order for the organization to grow. Over the years, it became apparent to the Board of Directors of King of Peace M.C.C. that Metro Charities needed to expand its base and bring in others from the community to serve on its board. This was not because of any disagreement with the church – only a recognition that the baby Metro Charities needed to sprout its wings and leave the mothership.

Soon, Metropolitan Charities left the church building and moved across the street, where it had much more room for client services, with the added benefit of better confidentiality and more space for a true community center: a desire of the LGBT community in Tampa Bay for many years. In particular, I am proud of the continued success of Metro Inclusive Health (formerly known as Metropolitan Charities, d/b/a Metro Wellness and Community Centers) through the leadership of Lorraine Langlois, the current CEO.

Lorraine Langlois, CEO, can be justly proud of the staff and administrators she has hired and nurtured through the years, and we as a community can be proud that these individuals serve so many throughout Tampa Bay. Undoubtedly, it is a tribute to Lorraine’s leadership. I am mighty proud to have been involved with the agency when Lorraine was hired as the first full-time employee.

Today, METRO is a comprehensive social service agency that meets the needs of the HIV-affected, LGBT and other at–risk communities of Pinellas, Hillsborough, Pasco and Hernando Counties. METRO serves nearly 3,000 people at any one time through substance abuse treatment and prevention, counseling, case management, prevention services, a thrift store, and social and recreational programs.

It is an honor to be part of an organization that offers and provides service that continues to enhance the quality of life.

Always remember the beginnings. I greatly respect and honor the efforts of the founding members of Metro Wellness and Community Centers: Rev. Dr. Fred C. Williams and Rev. Renne Shawver. Of course, Lorraine Langlois would be included, as would Mark Davis. Johnny Williams, the CPA from Tallahassee (who died of complications from HIV).

Additionally, Charles Gerardi, PhD, who facilitated the first counseling sessions at King of Peace for those with HIV. John Barnett, DDS, who served for many faithful years as a member of the Board of Directors, and who was the first Dentist in Pinellas County that would accept and treat those with HIV.

Gratefully, we acknowledge the original Board of Directors of King of Peace who had the vision to see the opportunity and possibilities for Metropolitan Charities, and those who served as its first Board of Directors: Rev. Dr. Fred C. Williams, Donna S. Remsnyder, Esq., Beverly Robinson, Gayle A Schultes, Lawrence A. Fischer, CPA, Richard F. Waugh, Pauline A. Cordeire, Richard L. Harmon, Ana Santa-Maria, Diane Gammon, and yours truly, Robert Pope.

Every year, Metro Inclusive Health strives to increase our impact on the Tampa Bay community.

In 2020, METRO enrolled 2,408 new patients across our Health and Community Center locations, reached 2,561 youth and young adults via LGBTQ+ community programs, distributed 89,469 condoms through outreach efforts, outpaced state and national rates of HIV care and patient retention, and so much more. Through our innovative Copay It Forward program, insured patients helped us provide $485,163.89 in client assistance to the under-or-uninsured.

Still, these are just a few ways that we care for our community — feel free to read our Annual Reports or news features for more information on METRO’s role in addressing critical needs and creating community spaces in Tampa Bay. 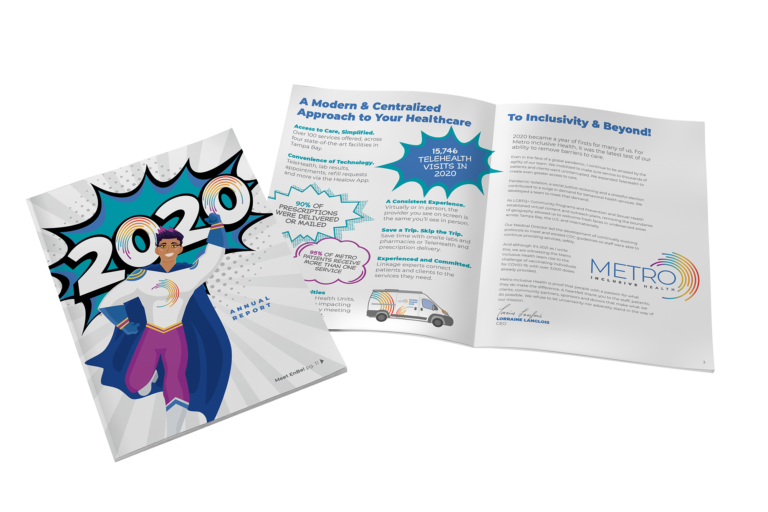 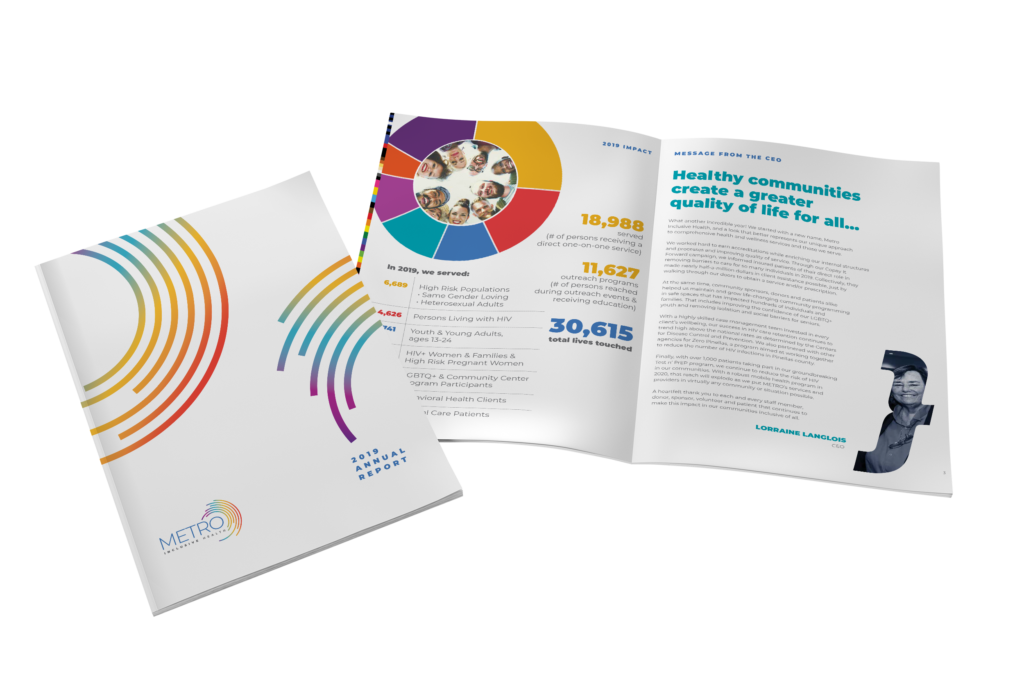 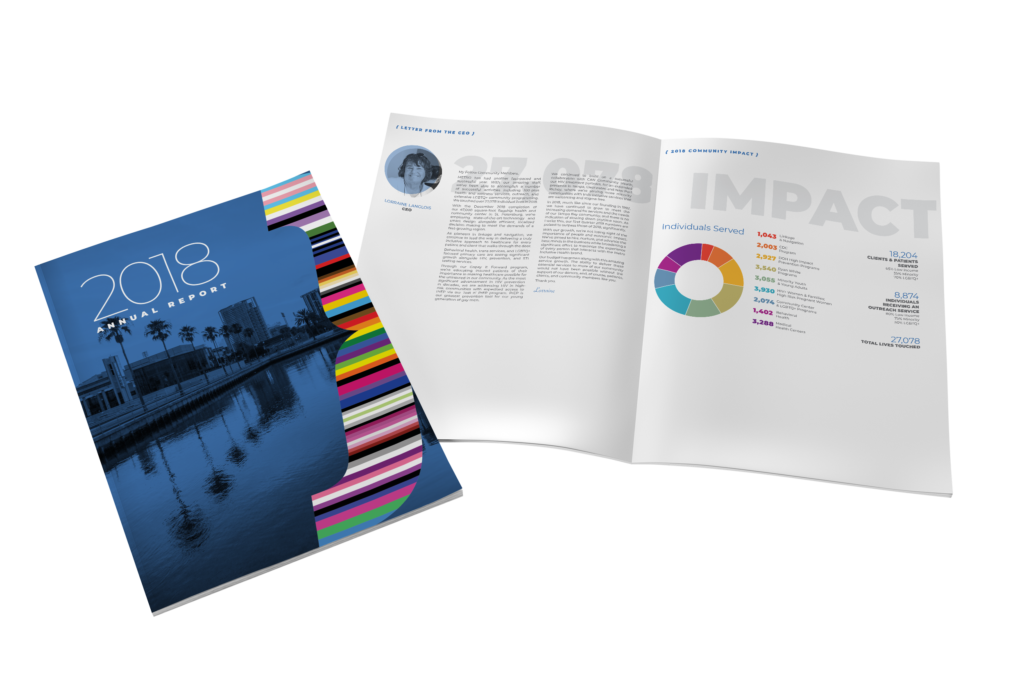 METRO In the News:

METRO is committed to making an impact on our Tampa Bay community. Read more about our efforts and accomplishments here.

Metro Inclusive Health: Monkeypox Vaccine is in High Demand, But Hard to Come By.

Metro Inclusive Health is prioritizing vaccines those at high risk for a serious case of monkeypox. Learn more about availability and demand for the monkeypox vaccine in Tampa Bay.

Florida one of 3 states with highest rates for new HIV diagnoses — Learn more with Dr. Victoria Otaño TAMPA, Fla. — The Centers for Disease

The bacterial meningitis called meningococcal disease is officially being labeled as an outbreak in Florida. Metro Inclusive Health is teaming up with the health department ahead of the St. Pete Pride parade to give out free meningitis vaccines.